Am I Ever Going To Meet The Right Man To Marry?

Jessica wants to get married but her boyfriend won't marry her. He says they are "just friends" but she is 32 and they have been together for 14 years and "living as a couple" for much of that time. She admits that her relationship is crazy but asked plaintively, "Do I deserve this treatment when I am trying to get married, have a baby and start my real life?"

Of course she doesn't deserve this treatment but she does encourage it by staying with him and tolerating it. Although Jessica is 32 she apparently still feels like the 18-year-old she was when the relationship started. She feels powerless and wonders why she's being treated this way.

Upon hearing this story a male colleague said, "Why buy a cow when milk is so cheap? “As long as she acts like a pseudo-wife to her boyfriend he has absolutely no incentive to marry her. Why should he bother? Why should she take on the responsibilities and possibly become responsible for a child as well?

Although Jessica wonders if she should follow her friends’ advice to leave and start over, she hesitates. 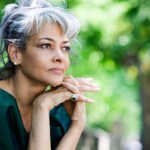 At 32 she has never taken full responsibility for herself. Emotionally in many ways, she is still 18.

·         Even though she is still single she has no current dating skills.

·         She has such low self-esteem that she could easily become a victim of another man just like her long-term boyfriend — and she knows it.

My advice to Jessica is still to learn more about herself and the world before she leaves this relationship. Either a life coach or counselor can help her get started on her journey. Enrolling in adult education personal growth classes could help also. This should be her top priority.

Then, if she still wants to, she can tell her boyfriend that she will leave if she doesn't marry her. If her boyfriend understands that she really is leaving he might suddenly have a change of heart and marry her. But even if he doesn’t, she will have the skills and maturity to move on with her life.