The Surprising Reason Some Marriages Fail

Why do couples who marry after being together for many years divorce so soon after they officially tie the knot? 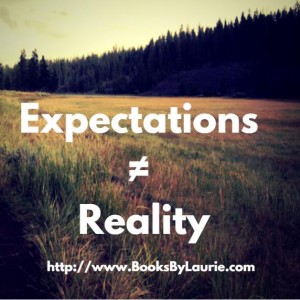 On the surface, it is pretty weird but if you answer
these two questions it begins to make sense.

Question 1 is “Where do you get your information about  how married people are supposed to be and act with one another?”

Question 2 is “Where do you get your information about  how people in a committed relationship are supposed to  be and act with each other?

If you are like most people, you answer question 1 with
something about watching my own parents when they
interacted. You also watched other married people both
in your life and in books, TV and other media. You
probably even said to yourself “When I get married I
will never…” and “When I get married I will finally get
to…” In short, you know what marriage is supposed to be
like.

When you answer question 2, it’s a different story. You
probably didn’t see many of those when you were growing
up. If you did see media about unmarried, committed
couples you probably did not pay much attention to the
fact that the couples were not officially married.
People did not talk a lot about it. You probably didn’t
say to yourself “When I live with a partner I will (or
won’t)…”

So when people start living together they rarely have
models about how it is supposed to be. They create
something that works for both of them or they don’t
stay together very long. They think about what they are
doing and whether or not it’s working. If it doesn’t
work and they are committed to one another, they keep
trying different options until they find something that
does work.

When a relationship has been working for long enough
they may decide it is time to take the big step and
actually marry. After all, fairy tales end with “And
they lived happily ever after.” They don’t say anything
about needing to work on a marriage to keep it strong.
Just the fact of being married is supposed to be
enough.

That is a double whammy because just as they married
all the things that they don’t remember learning and
knowing about what being married is supposed to be like
take over. Programming and assumptions take over and
instead of doing the things that made the relationship
work; they do what they think they are supposed to do.

Instead of being two separate people they try to merge
into one identity. That quickly becomes uncomfortable,
they decide they have made a mistake, blame each other
and soon divorce.

By the way, if this is something you or someone you
care about is facing, you can get very useful
information about how to have a satisfying and
fulfilling marriage in 99 Things Women Wish They Knew
Before Saying I Do. It is filled with the secrets women
shared by answering the question, “What do you wish you
had known before you were married?”